Menu
Log in
Register
Install the app
You are using an out of date browser. It may not display this or other websites correctly.
You should upgrade or use an alternative browser.

Minion provides premeir AddOn Management for games such as World of Warcraft and The Elder Scrolls Online.

It's an add-on manager - here you cann find all add-ons to the game, install them and keep them updated. Just run the app once a day or so, before logging on to the game and it will keep your add-ons up to date. You can close Minion after yuou've run it and has updated your add-ons.

Heads-up: Sometimes add-ons wil stop working because they've been upgraded and updated, and require new separate libraries. Check if you're missing a library, look it up and install it from Minion too.

A database of what's listed for sale and where (and for how much) at Guild Traders. Specific to each of the regional servers.
The database listings are updated according to what players set up for sale at their Guild Traders. If you're selling and your guild has a Trader, you can get your offers on the list:
If your guild hasn't got a trader, then whavever you put for sale on your Guild Store can be sold only to other guild members. If you have access to a trader, running TTC is a must. 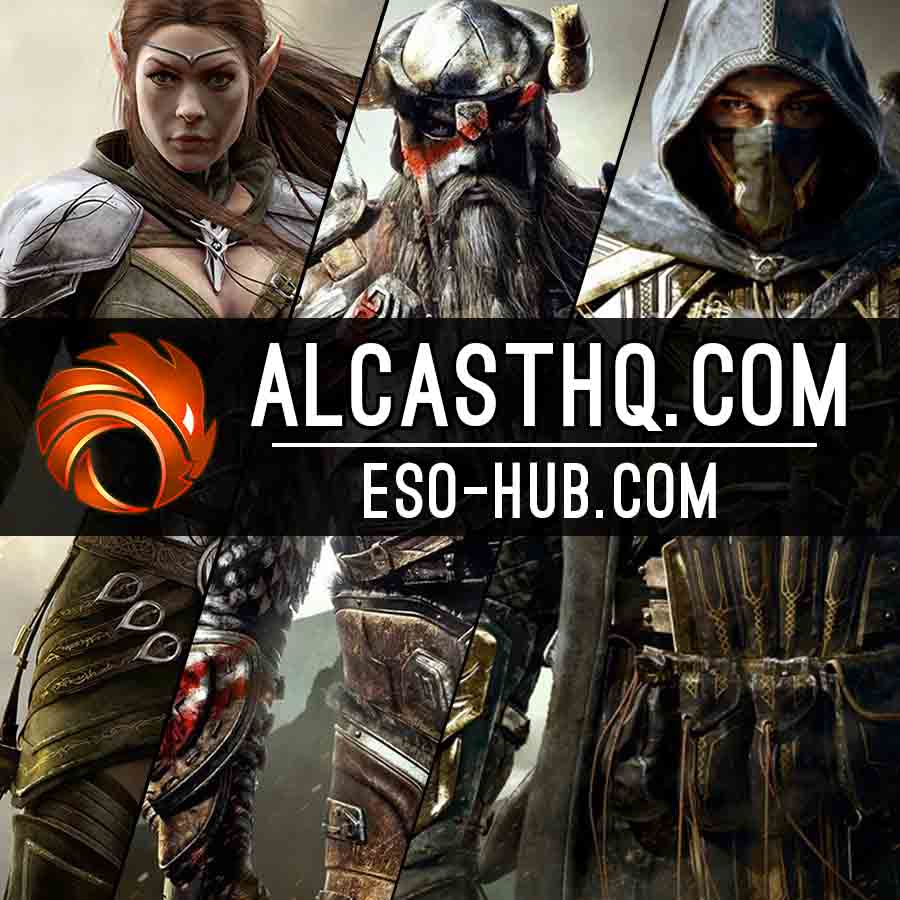 AlcastHQ ESO Builds & Guides for the Elder Scrolls Online. A wide variety of different builds & guides for all classes and playstyles.

A one-stop website with up-to-date information and guides for everything ESO. Or almost everything.

Very useful for the beginner. After you've progressed a bit into the game, opinions on best builds and practices start to diverge, and you may want or need to look somewhere else. Personally, I'm of the lazy persuasion and still use it even at high level. But be warned, higher level players or those of the perfectionist persuasion don't touch this website. They use NefasQS instead. 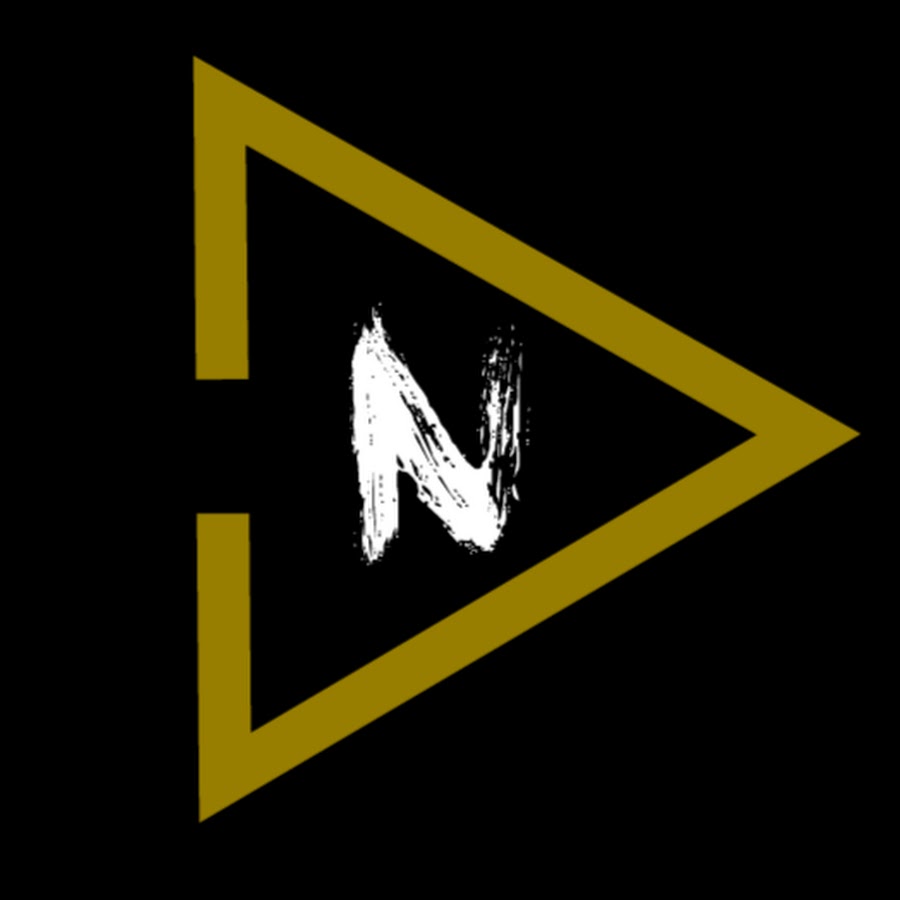 I've been playing The Elder Scrolls Online since 2014 and am a content creator for the game. I am a Twitch Partner, an Official ESO Stream Team member and al...

It's a youtube. It's recommeneded by anyone I know who actually knows about ESO builds. Tha's on the plus. On the minus, it's a youtube channel. I know there's people out there who don't like reading. Myself, I'm allergic to anything that doesn't allow me my own pace. Builds are very heavy on the static contents really not the best medium. But the builds and the research are excellent, so there's that, and I check my CPpoints against it's recommendations

Staff member
Officer
For completely new players, a few things you should get for your character ingame, immediately, or as soon as the game allows

NPC GUILDS - there are several NPC guilds in game that are very important to progression, and you should grab them while a toddler

A. Fighters Guild - in any Alliance or chapter starter city, but, you can use any faction city's Alliance Fighters Guild to get the skill line. This will level up by doing Fighters Guild Storyline and Dailies, and random or directed killing of Undead, Werewolves, Daedra, Spirits

B. Mages Guild - Same location cities, Levels up by doing Mages Guild Storyline and Dailies, and by collecting Lorebooks all over Tamriel

C. Undaunted Guild - Available in Alliance starter cities, in a local tavern. Opens up the ability to do Dailies for Undaunted Delve Pledges immediately, and Undaunted Dungeon Pledges at level 45. Some players mistakenly leave this until 45, but, you can get XP in it from Level 1. You gain experience in this Guild by doing Daily Undaunted quests, for Delves, Dungeons, and Public Dungeons. There are many advantages to this once you hit level 45, but, this post is just for starting up

Alliance War Skill Line - When you hit level 10, you'll be invited to Cyrodiil to defend the honor of your Alliance (Read: PVP). Whether or not you like PvP, select the Cyrodiil queue for level sub 50, and go do the tutorial. There is NO ACTIVE PVP in the tutorial, and running it for 5 minutes gets you tier one in the Assault and Support skill lines. The first skill in Assault is called "Rapid Maneuver" which boosts your runspeed/mounted speed SIGNIFICANTLY, and is one of the most useful grinding skillbuffs in the game

Getting all of these skill lines opened up takes a grand total of about 10 minutes (plus how ever long you take to get to 10, for Alliance War) and you will be very glad you have them open

Hope this helps any new starting players. Bags, if this should go somewhere else, just let me know. "Starter Kit" seemed like a good place for it. Especially since there are addons for most of these in Minion to make them WAY easier to track and maintain

Staff member
Officer
Slayer of Spam
Looks good here - I'll do a separate thread for add-ons, as that is an ever changing and diverse landscape

In order of priority, from the purely combat oriented to those concerned with dialy crafting writs and harvesting.

Alchemy > Medicinal use
It shortens the cooldown time of potions - at max, the cooldown time will be equal to the effect time of the potion, which means you could have a potion running all the time during combat. There're builds that specifically depend on this, and in any case it's great to have in difficult fights.

Hirelings
They will get you free materials once every 12 hours if you log in within that time period. It helps a lot when doing daily crafting writs - they take about 5 minutes every day, and each rewards the equivalent of a side mission in XP, plus gold and other goodies.
More and better quality materials needs leveling up the crafting skill lines, at least the five that have hirelings. Whether you level up crafting skills from the very beginning or after you're done with your combat skill lines is your choice, but sooner or later you'll want your hirelings.

Apart from hirelings, other crafting skills to sink points into are the first of each crafting line (except Enchanting where it's the 2nd, Potency). This will ensure you get better quality materials when opening crates, harvesting, etc.

Chemistry, Chef, Brewer
If you're doing daily crafting writs, Provisioner's Chef and Brewer, and Alchemy's Chemistry will be your friends as they will create more potions/food/drinks for the cost of one. Don't vendor/delete them and you'll have your next writ already done. A small saving of both time and materials, but it all adds up in the end.

Extraction
And, if you're doing daily crafting writs, another source of materials is deconstructing items. Instead of vendoring them for peanuts, just extract the materials and you'll have them when you need them. For this you'll want to max the Extraction abilities in each skill line. If you don't have a subscription, you'll hit a cap because of inventory size. In that case, I couldn't say if it's worth the trouble.

Aspect improvement
Some of you may want to do your own high-end enchanting of your own weapons, armor and jewelry. In that case, Enchanting: Aspect Improvement will allow you to use golden enchantments.
Last edited: May 5, 2020

There's quite a few guides out there on the Antiquities System, that'll take you through the whole process. What I haven't found is any guide detailing the actual excavation, where's that elusive green spot and how to find it. So here's it, nerdified for your perusal and edification

Using the augur - that's where you click on the excavation area and get differently coloured squares on a hot/cold scale, clueing you about where the object is buried.

Now, if you hover your mouse over one of these squares, you'll notice it delimits an area much like a doughnut: a hole in the middle and a delimited zone around. The rules are straightforward:
Think of building intersecting doughnut-shaped Venn diagrams. As in a game of Go, start with a centre square. Click then somewhere in the inclusion zone defined by the first square. Check the overlapping inclusion zones. You may already be able to pinpoint the location. click in that zone and you'll get a third overlap, again shrinking the inclusion zone, until you can pinpoint the location without a doubt.